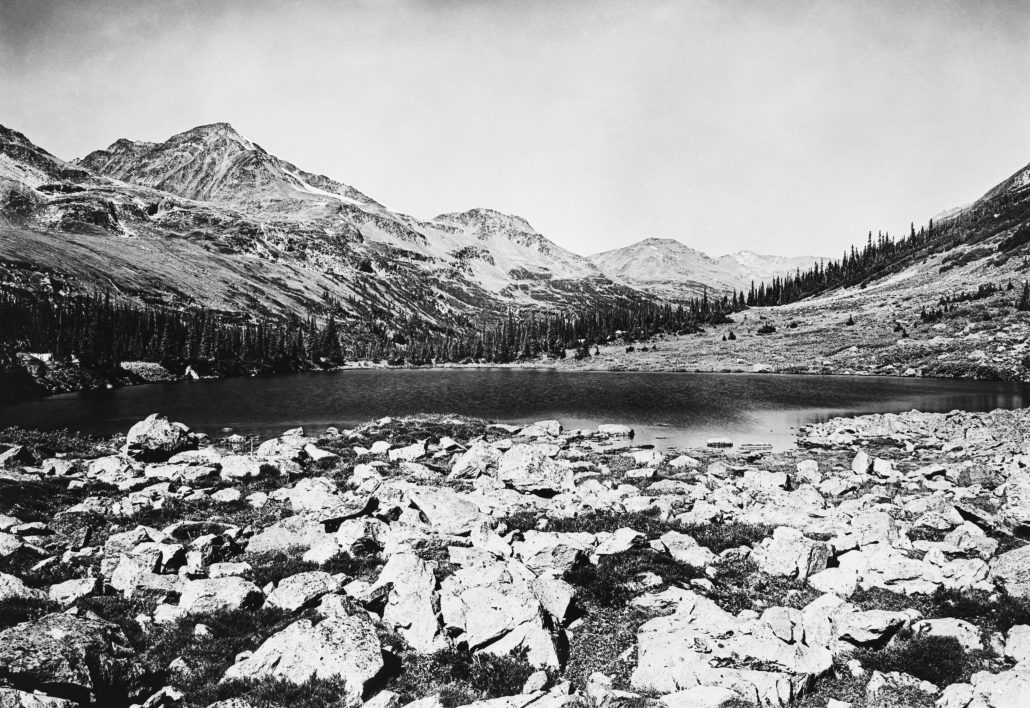 In the eighteenth post in the Two Canoes series, at https://nancymargueriteanderson.com/two-canoes-eighteen/ John Work and Peter Skene Ogden traveled through Jasper Valley to the Grande Traverse on the Whirlpool River, where it flowed into the Athabasca. The Whirlpool, not the Athabasca, is the river that will lead them south to Athabasca Pass.

The last post in this series ended on Tuesday, October 7th. We will continue from that point:

“Wednesday 8th [October]. Fine clear weather. Proceeded on our journey along the East side of the S.W. branch of the river till noon, when we crossed to the West Side at what is called the hole traverse [Grande Traverse]. The course of this branch of the river is nearly from N to S through a deep valley between high mountains. Our road was almost all day through thick woods, some of which were formerly burnt and had fallen & rendered the road very difficult, there were also some steep and difficult hills to ascend. Early in the afternoon we encamped at a place called the Moose encampment where the valley is very narrow and steep and high mountains rising high on each side. One of the men angled half a dozen fine small trout in the evening.”

This is the same route that the later incoming York Factory Expresses used, and Moose Encampment is, of course, also called Encampment d’Orignal, or Moose Deer Encampment. It took me ages to figure out that “Orignal” was not a mis-spelling for “Original,” which at first blush makes more sense: it is actually the French word for Moose. Something else that is not mentioned in the York Factory Express journals is that the men might have fished for their supper — and why not? The voyageurs were scroungers and ate any edible food that came along. I think you will also agree that, by reading these journals that are NOT York Factory Express journals, you can get a very clear picture of the country the later express-men traveled. This early journal becomes even more important as we reach the Columbia River. But we are not there yet:

“Thursday 9th. Sharp frost in the morning. Hazy weather afterwards. Proceeded on our journey, the road lay along the river sometimes on the one side and sometimes on the other, frequently crossing it in what is called the flats [now Scott Gravel Flats]. Parts of the way the road lay through the woods. The course nearly South. Passed several high mountains on both sides of the river. In the forepart of the day the current was not so strong in the river as hitherto but in the afternoon it was almost one continued rapids.

“In the morning before we started three wild goats were observed on the side of the mountain. One of the Men, Charlo, went off and killed two of them, the old one and one of the young ones. They exactly resembled a goat at home in every respect, & are entirely white, their hair or fur appears very fine but they are not in season at this season of the year. We had some of the flesh dressed for supper, it is very good but not so good as the wild sheep.” These were mountain goats: both mountain sheep and mountain goats are found in Jasper Valley, and in all cases the HBC men preferred the meat of the mountain sheep, to that of the goat.

“We encamped earlier than usual as the horses were tired. We are still a good way from the Gun Encampment.”

Gun Encampment was called, by the later express-men, Campement du Fusil. It is now known as Kane Meadows, for artist Paul Kane who probably camped at that spot on his way across the mountains.

“Friday 10. Hard frost in the morning. Proceeded early on our journey sometimes along the river, which got very narrow, & sometimes through points of woods where the road was frequently very difficult on account of mires and fallen woods. Our course in general nearly Southerly, along a deep valley between high mountains which are topped with snow. We passed two called the first and second ice houses in consequence of the valleys along side of them being filled with solid masses of ice which never thaws & is Heaven knows how old, and of an immense thickness. The little hollows or valley to the very summits of these mountains are filled with solid ice.” All this ice is gone now, the result of climate change. “In the afternoon we crossed the height of land. This though so named is in the narrow valley which we have been following and is enclosed between high mountains topped with snow, that on the left hand or East side is called McGillivray’s Rock [McGillivray’s Ridge (Mount Hooker)] in honor of Mr. W. McGillivray who was the head man of the N.W. Co [North West Company]. It is a very high mountain. The one opposite to it tho’ less elevated is also very high.

“Between these two mountains are situated three small Lakes all in a line, in the one we first come to the branch of the Elk or Athabasca [Whirlpool] River which we have been following has its source and is at first very narrow.

“The foul hearted river is here very narrow and tumbles down through rough stones and rocks, the banks in many place soft and boggy…”

John Work actually writes a very good description of this historic pass and the lakes and creeks that make it so interesting.

The foul, or faint-hearted, river was one of many names given to westward-flowing Pacific Creek, which valley these men would follow the mountain for a short distance. The three lakes are the Committee’s Punch Bowl, whose rugged landscape so impressed one Canadien voyageur that he cried out, “God Almighty never made such a place!” [Ross Cox, Adventures on the Columbia River, p. 248]. The lakes are almost 5,700 feet above sea level, and some 2,000 feet higher in altitude than Jasper’s House. so these men have been walking uphill their entire way to Athabasca Pass. They may have stopped for breakfast at this spot: it is almost certain they did not walk straight through. Obviously, a celebration was warranted, as always, at any significant height of land. Any gentleman or voyageur who was crossing over this pass for the first time would go through a ceremony of baptism, where he would receive a splash in the face from a branch dipped in the waters of this lake, and a cheerful warning to never kiss a voyageur’s wife without her permission. Then, when the playful baptism was finished, the voyageurs celebrated by firing their guns into the air.

What is most interesting about this place is that, in the early 1900’s, every tree surrounding this cluster of lakes was festooned with the carved names of the gentlemen who had passed through Athabasca Pass — another tradition rarely mentioned in the fur trade journals. I wonder how many of these trees still stand, and how many of the hand-carved names are still recognizable!

When the next post in this series is published, it will appear here: https://nancymargueriteanderson.com/twenty-one/

When the next John Work post is published, it will appear here:

One thought on “Two Canoes: To Athabasca Pass”