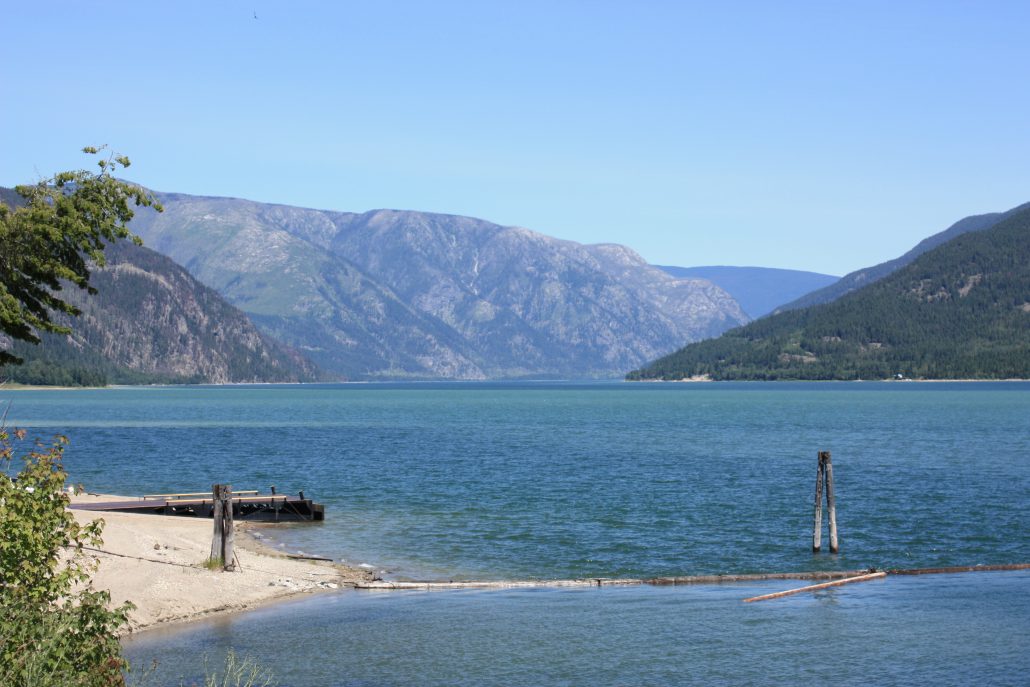 In this section of the York Factory Express journals, I am going to continue with John Work’s journal of 1823. Remember, please, that he was coming into the territory before the York Factory Express existed — still, what he experienced on the west side of the mountains was the same that later express-men experienced. The main problem is: Those who were coming in with the express were so anxious to get home, that their journals were more hurried and less descriptive. Only one man kept a good, readible journal that carried the party all the way down the Columbia River to Fort Vancouver.

Another important thing for all readers to note, is that when John Work came into the territory he was going to Spokane House. That was his destination, and that of Peter Skene Ogden, who accompanied him. Fort Colvile did not yet exist (in fact, John Work was the man who began the building of the new fort a few years after he arrived at Spokane House).

So, here we go — from Boat Encampment, to the approximate location of Fort Colvile:

Tuesday 14 [October 1823]: Thick fog in the morning. Employed the greater part of the day preparing to fall down the Columbia and to send back the horses… [to Jasper’s House].

Wed. 15. Thick fog in the morning raw cold Weather. Wind southerly. Embarked at 9 o’clock, and proceeded down the Columbia River, in three boats or kind of wooden canoes, worked by 8 men each, who row with paddles and not oars. These boats will carry about 55 pieces and are made of a light construction so that 12 men can carry them across the portages.

This is about the best description we have of the Columbia boats, which differed markedly from the York Boats used on the North Saskatchewan. As far as images go, there is only one image (that I know of) of these boats, and it is found in my book, The Pathfinder, on page 79. Work’s journal continues:

The Columbia all the way we have come is a fine large deep river with high hills on each side several of which are topped with snow. There are a great many strong rapids & the current all the way is very strong. One of the boats being leaky we encamped early a little above what is called the upper dalles.

At this point, they are near modern-day Revelstoke, B.C. The word “Dalles” is a French word that came from the Canadiens and Metis men who worked these boats. French was the language of the fur trade, and the word Dalles means “paving stones.” The many “dalles” up and down the Columbia River were named for the slab-like rock-walled canyons that this river poured through. The Dalles that John Work was referring to were either the Little Dalles in the upper river, or Les Dalles des Morts [Death Rapids]. (By the way, there are three “Little Dalles” in the Columbia River, and in this one post we will run through two of them.)

Thursday 16. Thick fog in the morning. Light clouds fine weather afterwards. Continued our journey early, and in the evening encamped in the upper end of the upper Lake [Upper Arrow Lake]. In the forepart of the day the current was very strong & the rapids so frequent and so strong that they might be said to be almost one continued rapid… In the morning we passed the upper dalles & towards noon the lesser dalles, these are places where the river is contracted very narrow and the whole body of water rushes with great violence between steep craggy rocks. The boats ran down it very well….

The three sets of rapids on the river were St. Martins Rapid, sometimes called Crooked Rapid: the Dalles des Morts or today’s Death Rapid; and the Little Dalles, now called Steamboat Rapids. The two worst were Les Dalles des Morts and the Little Dalles, near Revelstoke. These were the ones he is referring to in the above passage. Once they are in the lakes their journey is easier — for a little while. The second “Little Dalles” is just north of the future location of Fort Colvile, and south of the modern B.C. cities of Castlegar and Trail.

Friday 17. Foggy in the morning cloudy afterwards. Embarked at break of day and encamped late a little below the lower end of the [Upper Arrow] Lake which is reckoned about 30 miles in length… This Lake is not very wide it is surrounded by steep hills generally covered with wood to the tops, some of their summits have no wood but are covered with snow. The shores are generally bold & rocky, except some coves and low points which have wood of a larger growth than what is on the sides of the stoney hills.

Because of the many dams on the lower Columbia River, the water level in the Upper and Lower Arrow Lakes is higher than it used to be. The passage between the two lakes was very narrow — today it is not so narrow.

Saturday 18. Raw cold weather with fog in the morning, fine weather afterwards. Embarked at daylight, and encamped when it was late in the second Lake near its lower end. Our course was nearly South. The appearance of the shores near the same as yesterday. The wood is getting thinner, several of the hills we passed had a very scanty crop. In the short piece of river between the two Lakes the current is not very strong. We passed three or four lodges of Indians and met two canoes in the Lake, from one of them we received part of two shwua, a kind of deer of small size…

For more on John Work’s passage through the Arrow Lakes and a description of the deer he saw, go to this post: https://nancymargueriteanderson.com/arrow-lakes/  Remember to come back, though — we are not done yet:

Sunday 19. Cold foggy weather in the morning clear fine weather afterwards. Proceeded on our journey 2 hours before daylight this morning and encamped in the evening above the dalles above Kettle Falls….The current below the lake is very strong and a strong rapid at every point. A little below the lake we passed McGillivray’s [Kootenay] River which falls in from the Eastard [sic], & in the afternoon we passed another river on the same side called the white goat river.

The “dalles above Kettle Falls” is actually the second Little Dalles, north of Fort Colvile, and Work hardly mentions it. Aemilius Simpson described it as “a long shoot [chute] bounded by steep Rocky cliffs, & having a remarkable block of Rock rising perpendicular in the bed of the River of considerable height.” That block of rock created whirlpools in the river south of the Little Dalles, but it may have been easier (and less dangerous) to paddle down this rapid in the late fall, than go up in the springtime when the water was high.

Monday 20. Foggy in the morning, clear warm afterwards. Continued our journey before sunrising & encamped at the lower end of the grand rapid portage below Kettle Fall Portage. We lost a good deal of time at these two portages as goods, boats & all had to be carried… At the Kettle Fall the river contracts and the whole body of water falls over a ledge of rock, there is an island just at the head of the fall. The country has a fine appearance, fine rising hills covered with tufts of wood, but from the dryness of the season the grass is parched & dry & has a barren appearance.

They have of course now passed the future location of Fort Colvile, which was built in 1826 just north of the Kettle Falls. The “Grand Rapid” he speaks of is today’s Rickey Rapids. Kettle Falls is no more, and Rickey Rapids probably shares the same fate. They are all buried in lakes behind damns. Dams. (But damns seems appropriate, somehow).

If you want to return to the beginning of the York Factory Express thread, go to https://nancymargueriteanderson.com/first-leg/

The next and final posting in this York Factory Express thread is written, it is here: https://nancymargueriteanderson.com/final-leg/