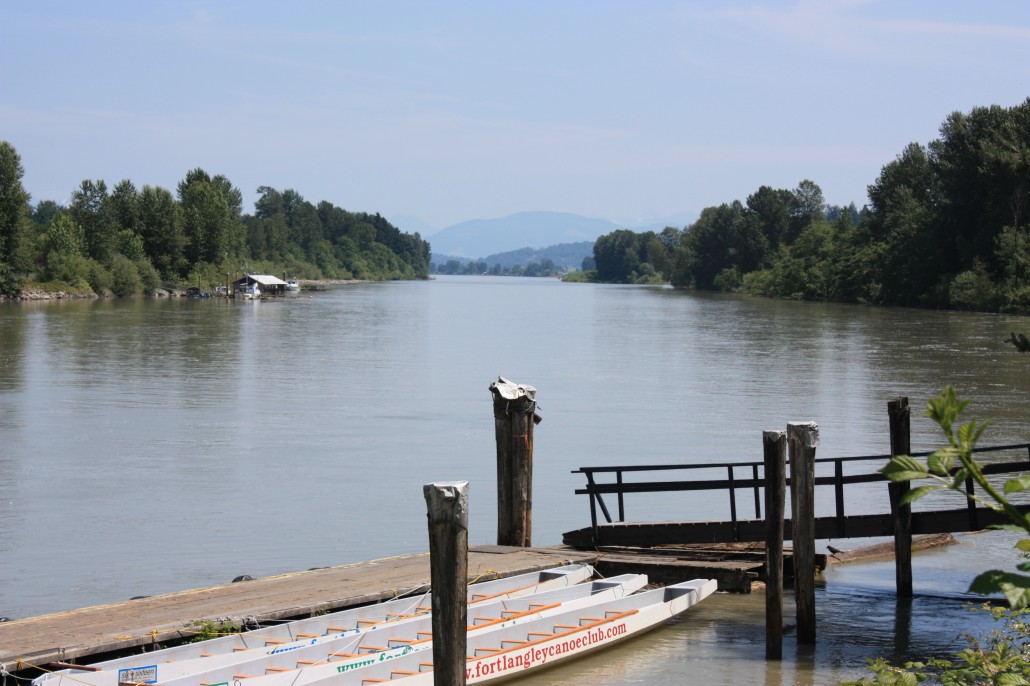 I have learned a lot about Pahallak, chief of one of the Sto:lo tribes along the Fraser River, since I first wrote (inaccurately) about him in my book, The Pathfinder. It is time for me to correct some of the errors I made, and to tell his expanded story.

This is what I said in my book, in the chapter titled: “The Return Journey over the Mountains, 1846.” Anderson had already made his way south through Seton and Anderson Lakes, to Fort Langley. He was now returning home with the aid of Chief Pahallak, who was to guide him east by a route the fur traders had never traveled. By Pahallak’s trail, Anderson hoped he could find a horse-friendly route that would take him safely, around the Coquihalla, to Kamloops.

On the morning of May 28, 13 paddlers carried the exploring party upriver in the Fort Langley boats, threading their way through the wooded islands of the Fraser River on a fine, clear day. From his evening’s camp at the mouth of the Chilwhae-ook (Chilliwack) river, Anderson saw that the northern slopes of the hills that surrounded the river valley were coated with snow.

The party set off early the next morning, and at eleven o’clock arrived at the Tlae-Kullum (Silverhope) River. The Company men followed their Sto:lo guide, Pahallak, up the river’s narrow defile until they crossed a steep mountain ridge and entered a narrow, boulder-strewn valley. Anderson knew immediately that this route could never be used as a brigade trail and ordered the party to retrace its steps…

It was not Pahallak, however, that guided Anderson by this unsatisfactory route, but another Sto:lo man from the Fort Langley area. When Anderson reached Pahallak’s village, the chief was not there to meet him — and I knew that! Even before he started upriver from Fort Langley, Anderson knew that Pahallak would not be there — and I completely missed the clue contained in Anderson’s writing! In June 1846, after his completion of the crossing of the Coquihalla mountain and his meeting with Blackeye, the Similkameen chief, Anderson reported to the Board of Management that:

From my personal observations of the country, I am of the opinion that no other practicable line of communication exists in this direction; a decision in which the old Black-eye mentioned in my journal, agrees. This old man, in whom, from his long connexion with the Fort at Thompson’s River, and the character he has borne, I have much confidence, informed me that there exists a reluctance on the part of the Fraser’s River Indians  to our opening a road in this direction; from a dread of its affording facilities to the Indians of the Similkameen to make war upon them. He even went so far as to state that Pahallak (a chief who had been engaged by C.T. Yale and sent on to Kamloops as guide, but with whom I did not fall in) had tampered with him to deter him from rendering us any effectual assistance. This statement, which from several concurrent circumstances wears an air of likelihood, may afford a clue to the urgent desire of the guide I procured at Fort Langley to conduct us by the rugged and impracticable defile of the Tlae-Kullum. (A.C.Anderson to Board of Management, Fort Vancouver, June 23 1846, Mss 559, vol.1, folder 5)

In missing this clue, we have done an injustice to Pahallak. I know now where he was. Whether Blackeye’s assessment of Pahallak’s willingness to find a trail over the Coquihalla Mountain is true or not, I do not know. The trail Pahallak located led elsewhere, and to Anderson it seemed a good trail, even if that first impression did not last.

In a letter written to Governor Simpson, by Fort Langley’s gentleman James Murray Yale, we find out where Pahallak was in June, 1846:

I make a few observations on the subject. I was required to furnish guides and in the spring of ’46 I sent an able one to meet the exploring party at the Forks of Thompsons River, he proceeded to Fort Kamloops to deliver my letter and after staying there for a few days, he with Mr. [John] Tod’s consent came back to the Forks there to wait for the party [and] they [Anderson’s party] took a different track that by the Lilliwhit [Lillooet River and Seton and Anderson Lakes] and the consequence was [had] the route that ought to have been examined [at your] command to be reviewed this year… [James Murray Yale to Governor Simpson, December 28 1847, D.5/20, fo. 647, HBCA]

So while Anderson and his party made their way via the north bank of the Thompson River through Marble Canyon and down the Fraser to the end of Fountain Ridge, Pahallak was, by Yale’s arrangement, waiting for Anderson and his party at or near the mouth of the Thompson River, where it flowed into the Fraser south of Fountain Ridge! This is almost exactly where Pahallak would meet up with Anderson the next year [1847], when Anderson would described his party as:

Pahallak, the chief engaged by C.T. Yale, made his appearance shortly after our arrival accompanied by a large Concourse of Indians of every age and sex. A general handshaking took place. Before our little arrangements were completed part of the day had elapsed and at the earnest entreaty of the Indians I consented to encamp there. They are on their good behaviour and show every external desire to conciliate, but they are a scampish looking set of vagabonds; nor does their ordinary conduct, I believe, at all belie their looks; and though there is little to be apprehended from them under present circumstances, we are of course, as usual, on our guard. [The Pathfinder, p. 125-126]

So there we have Pahallak’s story, as it relates to Alexander Caulfield Anderson and his 1846-1847 expeditions — Anderson always had a Native guide to show him the way. It is interesting to see how Natives willingly worked for the  fur traders for tobacco, blankets, or knives. The Natives might not understand why they were being asked to find a trail around or through a certain barrier, but they were willing to help.

By the way, for Native genealogists (and there are many) the two young Sto:lo lads who accompanied Anderson on his 1846 expedition east from Fort Langley to the base of the mountain at Tulameen, were named Lee-h and Wee-almuch, written of course phonetically, as Anderson understood their names to be. These two lived near the Lillooet Fork, which was at the mouth of the Harrison River.

Pahallak’s story is told, incorrectly in parts, in my first book, The Pathfinder: A. C. Anderson’s Journeys in the West. Soft cover versions of this book are still available at: http://www.heritagehouse.ca/author_details.php?contributor_id_1=2447

My next book, the stories of the York Factory Express, is now at my editor. I am beginning my third, and in this new book I will be able to correct the errors I made in telling Pahallak’s story! He, too, is a Native man who is very important to the early history of British Columbia and its brigade trails. It might be a shock for some to realize that without the trails these Native men (Pahallak, Tsilaxitsa, and Blackeye’s Son) explored for the fur traders, we might have become a part of the United States!