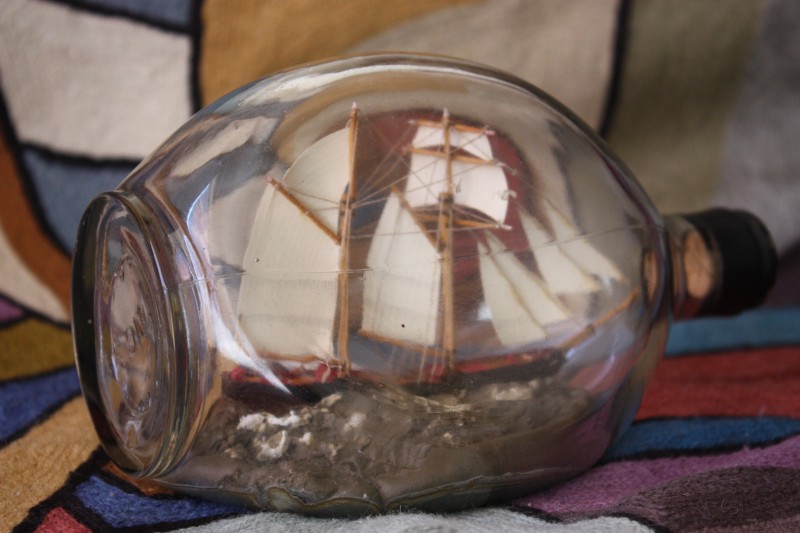 I have accidentally discovered that some of the HBC ships that ran up and down the Pacific Coast were larger than I expected them to be! As you see in my post on the construction of Fort Victoria, found here: https://nancymargueriteanderson.com/constructing-fort-victoria/ , I called the Steamer Beaver a “little ship.” Well, it was not so little at all!

I first discovered the Beaver was larger than I expected when I re-read James Raffan’s Emperor of the North: Sir George Simpson and the Remarkable Story of the Hudson’s Bay Company. In it I read: “At Puget Sound, Simpson and Douglas boarded the first steamship ever to sail on the west coast, the 101-foot side-wheeler SS Beaver, which had been commissioned…” You may or may not know I was a sailor for a while: I remember anchoring one evening next to a hundred-foot sailboat called Sky One Hundred (which had been given its name by the owner’s ten-year old daughter). We were sailing in a 26-foot gaff-rigged ketch, and the Sky One Hundred was definitely a larger ship! But in my mind, I had imagined the Beaver as a forty-foot ship, not as the 100-foot ship that she actually was!

This is why you research! If I am going to be writing about these HBC ships on the northwest coast and at Fort Victoria, it is probably a good idea for me to learn a little bit about them! So, let’s begin with the Steamer, Beaver. I know that Chief Factor John McLoughlin loathed the steamer and called it a “travelling circus,” although I am not sure where the original quote can be found (Well, it will be in a McLoughlin letter to Simpson, I imagine). But not everyone agreed with McLoughlin. In June 1841, Alexander Caulfield Anderson wrote from Fort Nisqually: “It is, I know, become quite general to decry the merits of that valuable craft, and her utility in the past affairs of the Coast; but with deference to the judgement of others, my own partial experience induced me to conclude that it is to the steamer, chiefly, that we are indebted for the recent absence of competition in that direction,” (the Northwest coast being meant here).

In 1843, a Canadian missionary named Jean-Baptiste Zacharie Bolduc said that the Beaver was “a little short of the style of the elegant Queen. It is of an older design and it sails no faster than five miles an hour.” I wonder if the ship Bolduc referred to was the S.S. British Queen, here: http://en.wikipedia.org/wiki/SS_British_Queen .

And yet, the Steamer Beaver was an efficient ship, if slow, in our eyes. In his Lives Lived West of the Divide, Bruce McIntyre Watson tells us that the steamer was “a schooner or brigantine rigged as a steamship of 109 tons, of two masts and one funnel, one hundred feet nine inches long, twenty feet wide (or thirty-three feet, including the paddle boxes), and the depth of its hold was eleven feet. The paddle-wheels were thirteen feet in diameter, with paddles six and a half feet long which revolved, when at top speed, at thirty times a minute…” No wonder the not-so-little steam-ship could plough its way through turbulent “Johnston’s Straits” with so little trouble, leaving the other ships behind in its noisy wake!

The Beaver did not steam so well when the wood was wet, however. “Wooding” the ship was a constant chore, and it must often have set off with wood that was not dried (unless, of course, it had a stash of dried wood on deck.) Did you know that the Russians at Sitka also had a steam-boat? I have no idea of its size and power, but James Douglas was quite pleased to notice that the Beaver was a more efficient Steamer, telling Chief Factor John McLoughlin that the Russian steamer “by the bye is no match in speed for the Beaver.” This would have pleased Douglas: he always wanted to be best!

The Vancouver was a London ship that remained on the northwest coast, and perhaps at Fort Vancouver, over the winter of 1839-1840. It was also the first of the London Ships to sail into Fort Victoria direct from England in 1845. Her captain was Alexander Duncan, one of the most professional sailors on the coast. According to Bruce McIntyre Watson, the Vancouver was a four-hundred-ton barque of British or African oak or teak, built on the same plan used for Prince Albert and Prince Rupert — the ships that sailed into Hudson Bay every year. She was 103 feet long with a breadth of twenty-five feet six inches, and a depth of eleven feet. You see, I had imagined the Vancouver as a much larger ship than the Beaver, but it was not: in fact, the two ships were much the same size! Did you know that while the Beaver and Vancouver were on the northwest coast, together, in June 1840, the steamer had an accident in Wrangell’s Canal after leaving Fort Stikine with the Vancouver (perhaps in tow), when the Vancouver sailed into her stern. The accident left the Beaver‘s “stern badly bruised,” but not so bruised that the Beaver and Vancouver did not continue their voyage north to set up the new post of Fort Durham, at a place they called Taku.

If you want to follow the journey of the Vancouver from London to the west coast in 1842, then follow this long, fun thread: https://nancymargueriteanderson.com/thomas-lowe-3/

Also note that there were a number of ships called Vancouver — the ship we are speaking of, above, is the 2nd of a series of ships that carried that name.

So what other ships do I need to know about? In 1843, James Douglas, in the steamer Beaver, sailed north from Fort Nisqually to establish the new post of Fort Victoria, on Camosun Inlet. The Beaver anchored that night in fog near Port Townsend, and the next day sailed to the mainland “to learn if the Indians had seen a small Company boat pass which had aboard provisions and tools destined for workers who would build the new fort.” Yes, they had seen it, and it was anchored only a short distance away from the Beaver. This ship was the schooner, Cadboro, and as far as I know, she was a small ship. So, let’s see how wrong I am!

In his Lives lived West of the Divide, Bruce McIntyre Watson tells us that the Cadboro was “a schooner of seventy-one tons, one deck and two masts, six guns, schooner-rigged with a standing bowsprit, built at Rye, Sussex in 1826.” But how long was she?? “As it was so small,” Watson says, “it often worked in tandem with other vessels for its own protection. It was never attacked, but experienced many threatening postures from the natives; one crew member lost his life ashore on Vancouver Island in the fall of 1827.” So, small. How small? In his memoirs James Robert Anderson, son of Alexander Caulfield Anderson, wrote of the Cadboro when he first saw it as a twelve-year-old. He and his sister had just arrived at Fort Langley from Fort Colvile, and were on their way to Fort Victoria to attend Reverend Staines’ school:

The next day was a red letter day in our lives seeing that it was our first experience of a ship. This vessel, enormous beyond all belief, with her sails all set, was the Hudson’s Bay Company’s brigantine Cadboro, Captain James Sangster, conveying as passenger Mr. James Douglas; she sailed majestically up the river and anchored in front of the Fort… I so well remember the feeling almost amounting to awe with which we looked upon the amazing and novel scenes that greeted our eyes and ears on board that tiny ship, but which looked to us as large as the modern monsters of the deep…

So, tiny. In 1829, Governor George Simpson said of the Cadboro, that “a more unseemly vessel and at the same time a vessel less adapted either for sailing or stowage, can rarely be found, and to crown her imperfections affected with dry rot; in short, comparing herself with her cost, it is evident that she was a very bad bargain.” In 1857, the little ship was partially dismantled and sold, and was finally wrecked in 1860 while carrying timber from Puget Sound. [For more information, see Comment at the bottom of the page].

So, it is clear that the HBC ship, Cadboro, was a small ship, although no one seems to know her actual length. The HBC ship, Columbia, which was a London ship often mentioned during the period of time I am researching, was not. The third ship to be called the Columbia was “a barque of 308 tons constructed mainly of English oak, African oak, and English elm. The masts were of red pine…Its length was 103 feet, breadth twenty-five feet six inches, depth eleven feet, and the height between decks was six feet six inches,” according to Bruce Watson. She was sent to the Columbia as a companion ship to the Beaver in 1835-36, yet the Beaver (which was then rigged for sailing) proved to be a better sailor. The Columbia had London as its home port, but served on the Pacific coast from 1835 to 1850, when she was sold. Instead of always returning home the same year as she arrived on the coast, she wintered over in the months and years of March 1840 to December 1841; May 1843 to December 1844; and Spring 1846 to November 1847.

The HBC ship, Cowlitz, appears in my research on a number of occasions. Bruce McIntyre Watson tells us that “this barque had the same dimensions as the Columbia and Vancouver. She first appeared on the coast in August 1841, and George Simpson sailed in her from Fort Vancouver to the Stikine at the start of his journey around the world” — as you know, taking young Thomas Lowe as his secretary and sending his own secretary home with the outgoing York Factory Express. The Cowlitz was 103 feet long and of 303 tonnage, like her identical ships mentioned above, and carried six guns. So this is another HBC ship that I didn’t think of as being particularly large, and I was wrong again!

I have found a few other HBC ships that travelled the coast during the years I am researching, but have not come across them yet in my travels. The Diamond brought in clerk Charles Ross’s promotion to Chief Trader in 1842, but it was a leased ship and was never seen again. Little is known about the ship, except that it made a non-stop voyage to Fort Victoria, and that it carried products for the Russian-American Company, and that McLoughlin negotiated with the captain to carry a cargo of produce to the Sandwich Islands. Then there is the Una: little is also known of this ship, which was purchased by the Hudson’s Bay Company in London and almost immediately wrecked at Cape Flattery during a gale on the night of Christmas Day, 1851. Another ship, the Harpooner, would bring labourers for the settlement on Vancouver Island in 1849, before sailing to Fort Vancouver and the Sandwich Islands. Finally, the Forager arrived on the coast in 1839 and returned to London. She re-appeared on the coast once more, in 1841, and again, returned to London.

There are ships to research in the future, however, and the best of these is the Norman Morison! But that is not yet.

3 thoughts on “HBC Ships in the Pacific”