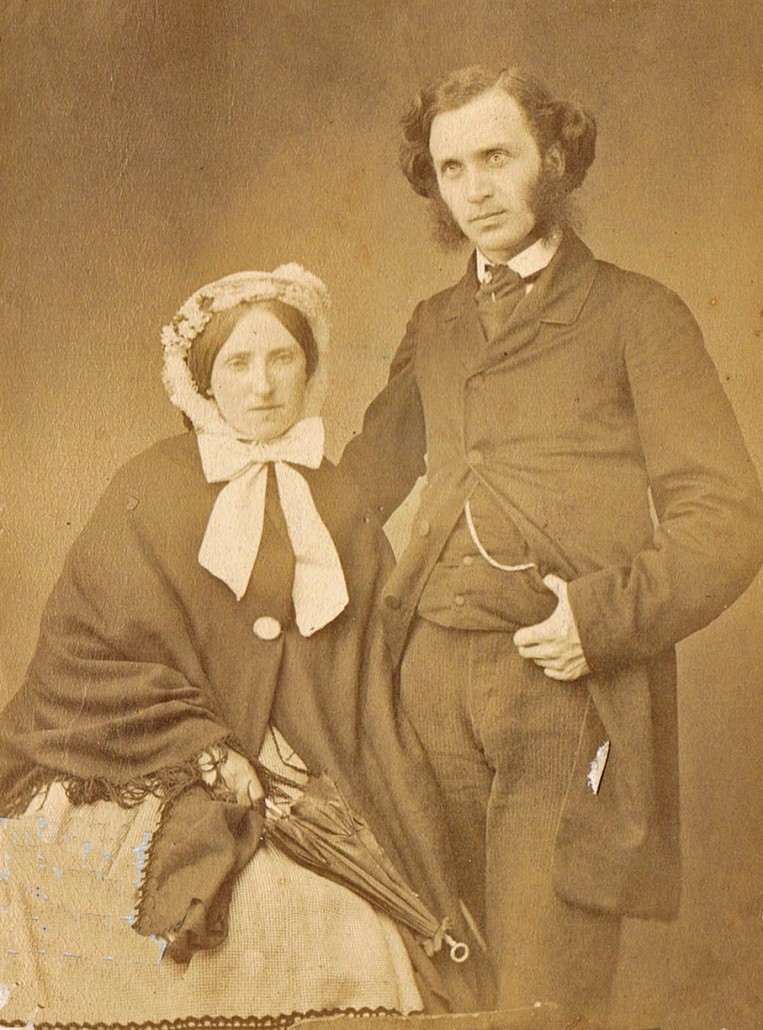 Fur trader Alexander Caulfield Anderson was a member of the Anderson-Seton family — that is, a descendant of tenant farmer Dr.  James Anderson, LLD (1739-1808), and his noble wife, Margaret Seton. It was a close relationship: Dr. James Anderson and his wife, Margaret Seton, were Alexander Caulfield Anderson’s paternal grandparents.

Dr. James Anderson began his life as a child of tenant farmers near Edinburgh, and took over his parents’ two farms at their death. This was a time when Scottish farmers studied agricultural science at local universities, and James attended Professor Cullen’s lectures on chemistry. Eventually Anderson sold his parents’ farms and took over uncultivated lands in Aberdeenshire, quickly making them profitable.

In 1768 James met and married the heiress of the Setons of Mounies in Aberdeenshire, who lived nearby. Margaret Seton was the daughter of George Seton of Mounie and grand-daughter of the intellectual lawyer of Sir Alexander Seton, Lord Pitmedden; she was descended from generations of noble Seton men who fought and died for their kings. She could have chosen any nobleman in the country as her husband, but she foolishly chose James Anderson.

To marry into the Seton family, Anderson had to take on the Seton name, which he did briefly and unwillingly. Margaret gave birth to the first of their many children at Monkshill, while Anderson wrote his many knowledgeable articles on farming and agriculture — so many that the University of Aberdeen granted him the degree of Doctor of Law. He was a brilliant agriculturalist, but an indifferent husband and father. Margaret inherited the estates of Mounie and the family resided in the turreted house for a short time. But in 1783, James moved his family into a rundown farmhouse at Leith, Edinburgh’s port city, to be closer to his intellectual friends. Margaret sickened and died, and their children grew up in their father’s indifferent care.

James Anderson’s unloving and neglectful care affected all the children in different ways. The children knew themselves to be gentlemen and gentlewomen descended from the fine Seton family, but all were somehow cursed by their poverty-stricken upbringing and their father’s emotional detachment.

To continue: The eldest son, Alexander, inherited Mounie, and as he was required to take on the Seton name to inherit, he changed his name by deed poll to avoid the confusion of his having two names. He was an honorable and hardworking man who supported all the younger members of his family financially until his personal fortune was almost depleted. But, as a partner in the Wedderburn/Colvile firm in London, who traded sugar and rum from their plantations in the West Indies, he was also involved in defending the slavery upon which their personal fortunes were dependent. These are, by the way, the same Wedderburn/Colviles who were directors in the fur trade of the HBC, and Governor George Simpson (another member of that firm) knew Alexander Seton well.

The third Anderson-Seton son, John Anderson, apprenticed as an engraver under the artist Thomas Bewick. Although John learned the trade quickly and showed great promise as an artist and illustrator, he refused to do his work well, if at all, and was fired from his apprenticeship. John then set up shop in London. His work received much acclaim, but his business fell into disarray and he escaped his debts by sailing to Australia. He abandoned his vessel in South America, and died in Africa in 1807.

The fifth son, James, was a grain-merchant who owned a good sized house and sometimes consulted a craniologist, not unusual in those days. After his brother Alexander he was the most successful businessman in the family and retired well off. Despite his apparent success, James, too, sometimes borrowed money from Alexander Seton and never repaid it.

An Anderson daughter, Margaret, married civil engineer Benjamin Outram who gave her five children but died suddenly without leaving her any money to raise them. Margaret, an eccentric in her own right, accepted the legal help and money that Alexander Seton gave her. Although Seton supported her family for years and put her children through school, Margaret complained to her sons that Seton had entirely neglected her.

Henry Anderson joined the army of the East India Company and, as a Captain, led his men through a series of grueling military campaigns, including the disastrous Monson’s Retreat of 1804. In this battle the East Indian Company’s army attacked a Maratha leader they considered a robber-chief, and were forced into a two-month retreat to the safety of the city of Agra, all the while fighting off their well-armed enemy. Only a few hundred of Monson’s original force of 10,000 soldiers survived the long march, and it is probable that the appalling conditions of that running battle caused Henry’s early death. Henry was buried on his brother Robert’s indigo plantation, and a son of Henry’s came to England with Robert Anderson’s family.

The man who became Alexander Caulfield Anderson’s father was Robert, born in 1781 at his father’s farm in Monkshill. In 1799 Robert sailed for India to join the East India Company’s army, but jumped ship in Calcutta. A year later he was acting-midshipman on a Calcutta-based trading ship that sailed between India, China and Australia — a ship captained by his elder brother William. The sea did not suit Robert, and on his arrival in Australia in 1800, Captain William Anderson paid for Robert’s commission as ensign in the New South Wales Corps of the British Army.

Robert Anderson served at Port Jackson on Norfolk Island, at that time a place of confinement for the worst criminals the British Government exported to Australia. In 1804, he was reassigned to Port Dalrymple in northern van Diemen’s Land [Tasmania], where his commander sent him on a short exploration up the Anderson River — a creek which still bears his name. A short time later Anderson defended the impertinent behavior of a female convict he called his woman. In doing so, he contradicted his superior officer, who immediately sent him to Port Jackson in disgrace. Ensign Anderson promptly sold his commission and, abandoning the convict woman, sailed for India with his seafaring brother William.

By 1809, Robert had married Eliza Charlotte Simpson, daughter of a high-ranking East Indian Company civil servant who managed the Salsette mint near Bombay. By 1810 Robert owned part of an indigo plantation near Ruttanpoor, north of Calcutta. He and his business partner, Alexander Caulfield, had already produced a great deal of indigo. The demand for Bengal indigo varied, but after 1810 most indigo dye imported into England came from India rather than the West Indies. Anderson and Caulfield made their fortunes and, in 1817, Robert brought his wife and three sons home to London. Alexander Caulfield Anderson was then three years old.

We know little about Captain William Anderson who sailed an East India ship between India, China and Australia. It was probable he was smuggling opium into China (something the East India Company did] and this could have caused him some problems had he been caught. Perhaps he was caught… he died aboard his ship of liver disease while still a young man. He left behind two or more mixed-blood children in India, who carry the name Seton-Tait.  If you are a Seton-Tait in India, you are also an Anderson-Seton: talk to me.

Robert Anderson is not an uncommon name, and there were two ensigns named Robert Anderson in Australia at this time. Historians sometimes mix them up. There were also two John Andersons who were engravers in Scotland at the same time, but letters in the Mounie archives confirm the information I have about these two Anderson-Seton family members. Anderson is a very common name, which sometimes makes it difficult to research and confirm information received.

Next week I will tell you about the sons of these Anderson-Seton brothers and sisters, and you will see for yourself what astonishingly famous (or infamous) men many of them became. In this family, some of our heroes are truly heroes, and some are scoundrels. Their history takes us to India, of course, to Australia, to South Africa — and to Canada. There are a surprising number of Anderson-Seton family members in both Australia and Canada. If you are one, contact me — we share our information and stories.

Sources for much of the above information comes from:

With much thanks to our English cousin (descendant of James Anderson of Bridgend, Brechin) who researched and shared much of the above information. I did not do this alone.

2 thoughts on “The Anderson-Seton family, part one”