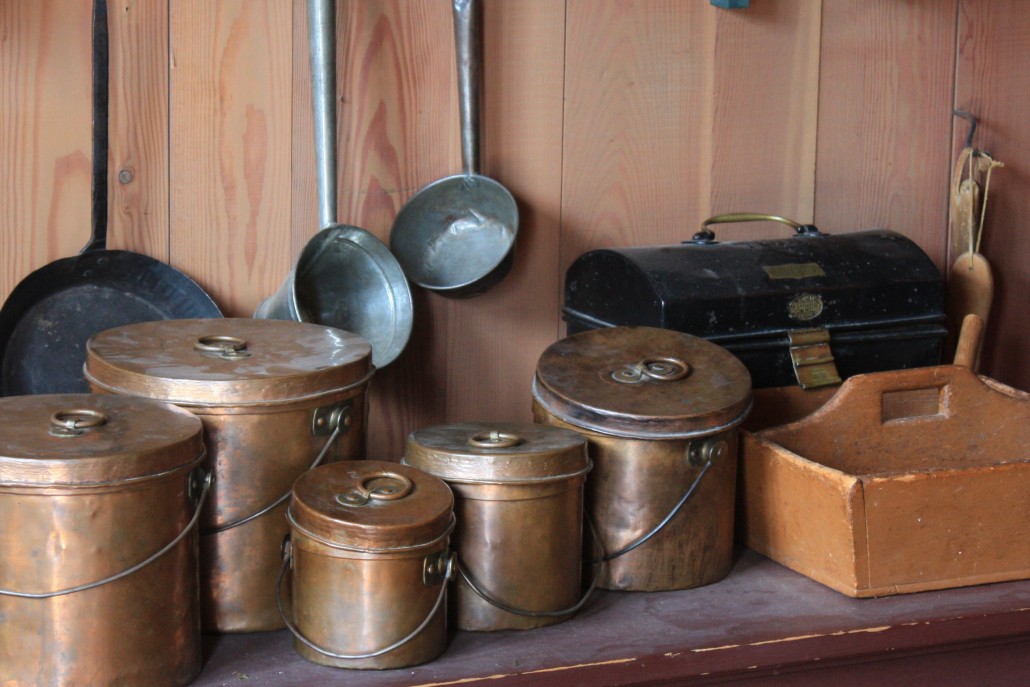 In my previous post titled “HBC Transportation Systems: the London Ships,” I mentioned that the outgoing brigades from Fort St. James, Stuart’s Lake, met the incoming London Ships every summer at Fort Vancouver.

Fort St. James was a full thousand miles north of Fort Vancouver. The men of the brigades had carried out the furs and grease collected over the previous winter at their interior posts, and they would return, via the brigade trails, with their necessary trade goods and tobacco for the following winter’s trade. It was important that they reached Fort St. James before the winter snows fell — if the fur traders had no trade goods to exchange for furs, there was no reason for the Natives to bring in their furs to trade.

In Alexander Caulfield Anderson’s own words, I can describe the old brigade trail that ran southward from Fort St. James, to Fort Vancouver on the lower Columbia River, after 1827 and before 1843. This trail was both a river trail, and a horse trail.

In the early years, the brigades came from Eastern Canada, carrying the Company’s goods all the way from Rainy Lake (Ontario), through Dunvegan in the Peace River District, to McLeod Lake.

“McLeod’s Lake was established in 1805,” Anderson tells us, “& for many years occupied a very important relation to the general business. For up to a certain period the whole transport of the annual supplies and of the furs traded for those supplies was conducted by a very arduous route by way of Peace River & Athabasca, through Lake Winnipeg to the post at the discharge of the Rainy Lake, now known as Fort Frances. The extreme length and difficulty of this line of transport, notwithstanding that every diligence was used, made it impracticable to reach McLeod’s Lake on the return from Rainy Lake before the commencement of winter, and not seldom the canoes were stopped by ice before reaching their destination.

“From McLeod’s Lake the supplies were afterwards distributed to the various posts by means of dog sledges, and thus the men and junior officers were occupied from the fall to spring in ceaseless journeys which they prosecuted almost regardless of night or day with unflagging perseverance.

“In 1827, as I perhaps have stated, it was determined to open a new route from Alexandria, the frontier post on the Fraser, with horses by way of Kamloops to O’Kinagan [Fort Okanogan] on the Columbia River, about a hundred miles below Colvile. This route continued to be traveled until the opening of the routes by way of the Fraser….. 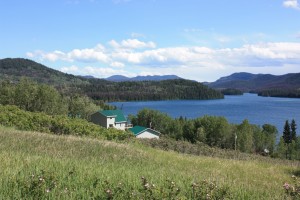 “The mode adopted was thus; during the winter the furs traded at the posts outside of water communication were brought to Fort St. James, the headquarters of the district, with dog sledges. As soon as the navigation was open in the spring, generally about 20th April, the boats with their cargoes on board started down the Stuart’s branch and were met at the junction of the Fraser’s Lake Branch, by a boat conveying the furs that had been collected at Fraser’s Lake,” fifty miles to the west of Fort St. James.

“The boats then ran down to [Fort] Alexandria, having taken the returns of Fort George [Prince George], at the junction of Tete Jaune’s Branch [of Fraser’s River] on the way. The horses, several hundred in number, were then collected, and by this means the whole returns of the district were conveyed to O’kinagan, having been preceded, or sometimes accompanied, by the Thompson’s River [Kamloops] brigade likewise carrying the furs of that district. 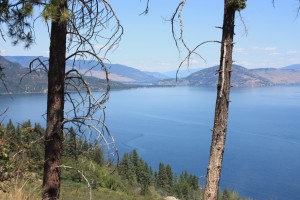 “A number of the men were then dispatched either with light boats or on horseback to the Kettle Falls below Colvile [north of Spokane, WA], where they were joined by the [Fort] Colvile people with their returns, and running down the Columbia the following day reached the general rendezvous at O’kinagan. The united brigade under the Senior officer as general leader then ran down the Columbia and generally reached Fort Vancouver about the 15th of June.

“In the navigation of the Columbia at this season of high water the greatest care had to be exercised and the greatest dexterity on the part of the boatmen was necessary to avoid accident, which notwithstanding all this care still frequently occurred. One of the most expert and trustworthy among the boatmen held the appointment of Guide, ranking thus as a petty officer whom all the other boatmen were constrained to obey. In each boat were two principal boatmen who were termed Boutes, the more experienced of whom occupied the bow and indicated the general course wherever a rapid was to be run, and with his enormous paddle aided materially the steersman who occupied the stern in conducting the boat through the numerous whirlpools. French Canadians or Half Breeds, and especially Iroquois from Coughnawaga, near Montreal, were those selected for this critical service, and it is difficult for a stranger to conceive the hardships which these men underwent in the performance of their dangerous duties.

“After receiving the supplies at Fort Vancouver, where generally about a month was passed and the men enjoyed a well-earned relaxation, the ascent of the river was recommenced. Portages were necessary at various point, especially at the Cascades, the Dalles, and the Chutes, the numerous Indians at the latter two places being employed to assist in the transport with their horses, and personally to convey the boats when necessary. As far as the mouth of the Snake River, a few miles above Walla Walla, the strong breeze blowing up the river, called by the Indians the ‘Chinook Wind,’ from the direction in which it came, enabled the voyageurs to employ the sail, thus materially lightening their labour, and at the same time moderating the intense heat of the arid region. Near the Snake River the masts were hidden in the wormwood to be picked up again the following year, for above that point the sail was no longer useful.

“O’kinagan was generally reached in about twenty days. Here the Brigades of the Thompson’s River and New Caledonia resumed the horse transport, reversing the proceedings of the preceding spring. The Colvile brigade meanwhile continued its route by the river to its destination at Fort Colvile, whence supplies were distributed to the Kootenais & other posts connected with that district.

“After reaching Alexandria with the horses, the boats which had brought down the returns in the spring were put in order and the navigation of the Fraser was resumed. From this point to Stuart’s Lake the navigation occupied 20 days, the steady current of the upper Fraser impeding a severe obstacle to the progress of the boats and demanding the constant use of the pole and tracking line, though unattended with the formidable dangers which characterize the navigation of the Columbia. From Fort St. James generally by open water the supplies were distributed to the various outlying posts beyond that point, and so on year after year.”

I will be covering the brigade trails (mostly the horse trails) in future posts, in my “Following A.C. Anderson around British Columbia” posts. In this way you can see images of the places where the brigade trails ran, and picture the traders, with their Native guides, as they rode south toward Fort Vancouver.

The brigades is the second mode of transportation for the men of the HBC, and it is tied in with the London Ships. The third mode is quite separate from either of these, and serves an entirely different purpose. It is the York Factory Express, that carries annual reports, letters, and men eastward, across the Rocky Mountains to the shores of Hudson Bay.

To locate the brigade trails that run all over British Columbia, go here: https://nancymargueriteanderson.com/brigade-trails/