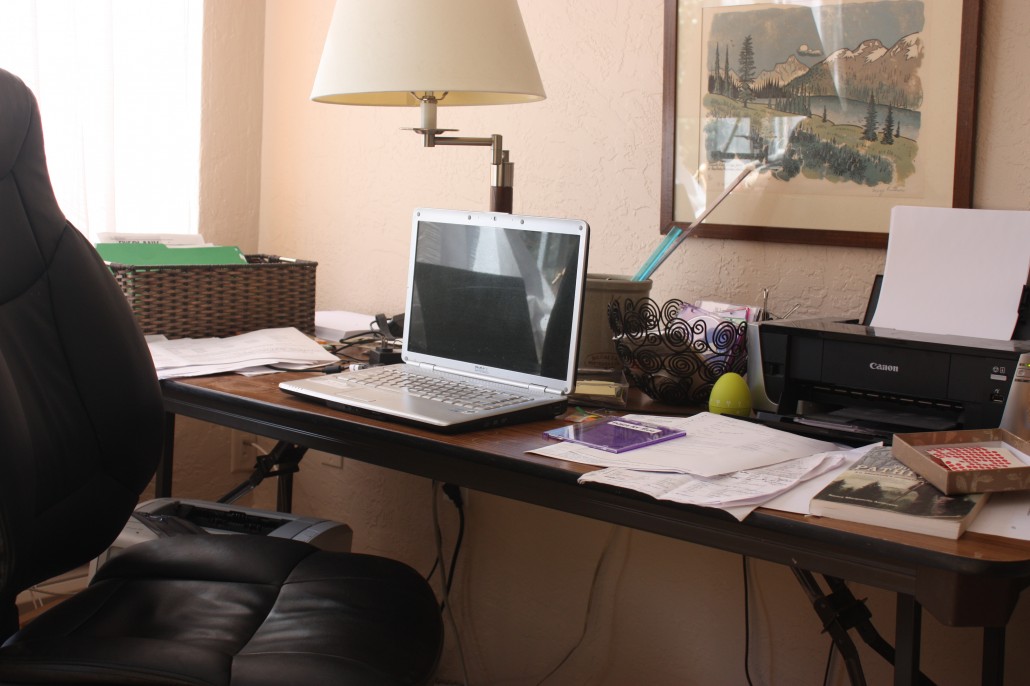 Women know history too. Here are three books that prove that fact, and there are many more good books written by women out there. Do you read them, or do you choose not to?

Now when I talk about books, I generally stick to the fur trade history in the west; generally on the west side of the Rockies. That is the history I am interested in. But there are books that apply to the entire fur trade history, and I pick those up, too, if I am interested in them.  But sometimes I chose books simply because they are written by women, and I know that sometimes women are treated very badly in this publication/history/book-prize business. It shouldn’t happen: but it does.

Okay, so here are the books I have that I have used, or that I have recently purchased because they were written by women:

Keepers of the Record: The History of the Hudson’s Bay Company Archives, by Deidre Simmons [McGill-Queen’s University Press, 2007].

This book I bought, not because it was written by a women, but because I needed the information it contained for my book, The Pathfinder, which was accepted by publisher in 2010 and published in 2011. It is a history of the HBCA, but also of the storage of the journals and reports in Hudson Bay House, London. The post journals were all sent to London, and for the most part reached Hudson Bay House. Many did not survive their stay in the offices of the Company. They were water damaged while in storage; other old volumes fell apart from lack of care and were thrown out. Remember: Hudson Bay House was not an archives, it was a business, and no one thought these papers had any value to anyone. The Company also prevented access to their records for many years: early historians might have traveled to Hudson Bay House, in London to view the volumes in the then Archives of the Company. Microfilming of the volumes began in the 1950’s, in London, and in the early 1960’s the Hudson’s Bay Company archives was set up in Beaver House — a building that was permeated with the smell of the furs that were still collected. In 1973, the collection was moved to Canada, where we who are part of the history of the Hudson’s Bay Company in North American can view what volumes remain.

This book told the history of the business in London and much more: it was a joy to read and it is a book I will re-read. Thank you, Ms. Simmons, for your research and for the information you put together that helps us all, if we chose to learn.

Once They Were Hats: In Search of the Mighty Beaver, by Frances Backhouse [Toronto: ECW Press, year?]

Who is going to write a book about the beaver? A woman.

I read a story only yesterday, that told the Indigenous story of giant beaver that altered the landscape in a fight with another giant creature. Ms. Backhouse’s book begins with the giant beaver, which did at one time exist. From those stories she goes on to the early days of the fur trade and the trapping of beaver, talking about the Indigenous trappers who trapped beaver for food and for warmth. She explains what castoreum is, and describes it as having an oddly pleasant fragrance. She also tells us that today the castors, or scent glands, can be more valuable to the trapper than the entire beaver pelt: she also describes how a modern day trapper prepares the pelt for market — this is all information we need if we write about the fur trade.

In parts of the book she talks about 1920’s fur traders who worked to conserve the last few beaver in their territory. She also tells the story of Arthur Belany, or Grey Owl, who she had dismissed as an imposter. She now considers he was the first beaver conservationist. It is an interesting story all on its own.  Then Ms. Backhouse talks about the hats, and the fur auctions in London which she attended. She talks, too, about nuisance beavers who build dams where they are not wanted and that are generally killed when trapped. Castoreum comes into this story once again, when an angry beaver sprays a yellow liquid from its hind-quarters. Who knew? “They do that when they’re mad,” the pest control man said, and he released the beaver in a safe place to live on and be angry again.

I recommend this book. I enjoyed it, and will re-read it. It is a keeper: a book that is full of information but that is also tons of fun to read.

Mapmaker: Philip Turnor in Rupert’s Land in the Age of Enlightenment, by Barbara Mitchell [University of Regina Press, 2017.]

Newly published, and I just finished reading it last night: I will have to re-read it to get the full benefit of its information. Yes, I enjoyed the book. Yes, it is not a book about the fur trade west of the Rocky Mountains, but that does not matter. It is a book about a woman who discovered that she was descended from an HBC man and a Cree woman, who wanted to know more. I understand that entirely: that is why I wrote my book, The Pathfinder, and why I also researched my great great grandfather James Birnie, and his “French-Canadian-Cree” wife. It is also why I spent so many years chasing various Beaulieus around the country, with almost no success in finding him: he almost certainly wasn’t Canadien but Metis. It is why I am now writing other books about the HBC history: because I got trapped in the stories. They are important stories, and our history, and the stories must be written.

Barbara Mitchell uncovered a great deal about her ancestor from the HBC records now available at the Hudson’s Bay Company Archives in Manitoba. She also travelled to the places he lived, both in North America and in London. She filled in the gaps as well as she could, but of course there are gaps: there are always gaps. The first thing to know is that though Philip Turnor was treated badly by the company men he worked with, he was well respected by the HBC in London. Today he is considered one of the surveyors and map-makers that drew the most important early maps of Rupertsland:  many of his maps are in this book. Turnor also trained and mentored Peter Fidler and David Thompson — both well-known today as being superb surveyors and map-makers!

Turnor was born in 1752 and arrived at York Factory in 1778 as a surveyor. His map making and surveying took him upriver to Cumberland House and Hudson House, Severn, Moose, and Albany. He suffered from bad health and returned to London, returning his Cree wife and child to her family and marrying in England. (Don’t worry about his wife: she may have missed him but she knew what to expect, and as wife of an HBC man who had gone home, she had “status” in her community, and so did her child.) In 1789 Turnor returned, and at Cumberland House met both David Thompson and Peter Fidler. In 1790 he was to go to the Athabasca district but wintered at Ile-a-la-Crosse, and in the summer, while he was intentionally kept short of provisions by his own company, he made his way to Athabasca Lake and Great Slave Lake. In 1792 he returned to Cumberland House, having mapped Methye Portage in spite of the NWC’s hopes he would not locate it. Back at York Factory, he recommended the HBC enter the Athabasca district trade but of course they did not, and so lost the advantage in that territory. Later that year he sailed for England: he never returned to Rupertsland and never met his wife and child after he abandoned them in 1787. Interestingly, the child, Joseph Turner [notice the different spelling of the name], born in 1782, grew up to have a prominent career in the HBC, and his children’s children still live at Moose Factory and elsewhere.

So, three good history books written by women, three of many good books written by women. Now lets talk about the things that make me unhappy. They were fortunate to be published. Seventy percent of books sold are written by men. 75 percent of the authors of history books are male. Only 6 percent of the male biographers chose to write about a woman. In England, women are outnumbered in book sales and in book-prize nominations. Among publishers there seems to be the idea that women read fiction, while men read non-fiction and history. (Most of this is from a Slate.com article that investigated gender disparity in the history genre, published in 2016.)

Joan Harris, author of the Chocolate series, talks about sexism on twitter. She says that “no man in publishing is every described as juggling anything. His work is art. Women’s work is a hobby.” She also tells the story of constantly being asked by interviewers about the book, Fifty Shades of Grey, and says that no man is ever asked to compare his book to that series. She is English, and this is from a telegraph.co.uk article published 8th July, 2015. Does that make you think there’s something wrong?

ActiveHistory [http://activehistory.ca/] has an article on gender, written by one Thomas Peace, titled: “Let’s Stand Up and Be counted: Gender and the Need for a Better understanding of the Profession.” In it he says, among other things:

I found myself at this year’s annual meeting of the Canadian Historical Association where Lori Chambers, Elise Chenier and Anne Toews released some of the preliminary results from their analysis of the sex distribution in publication and prizes…. Suffice it to say, that their study demonstrates that publishing history in Canada continues to be a highly gendered practice.

So men recognize the problem, and some do something about it. But the same continues to happen everywhere. On her blog, Australian novelist Kathryn Heyman wrote a blogpost titled: “Finding women who can write is complicated at the London Review of Books.” [kathrynheyman.com] She wrote them a letter, telling of her feelings. “If at some point you chose to step into the terrifying world of gender equality, do let us know.” The magazine responded, agreeing that women were under-represented in their pages, but that though they had tried to change the situation, they had been unsuccessful. Ms. Hayman responded with the obvious answer: “I could give you a list.. of scores of eminent established female novelists and non-fiction writers who are not being reviewed.. So what’s the problem? Are your reviewers allergic to lady-words? Or is your problem finding female reviewers (because only women will review women?)” The 34 responses on this article are gold, and it is to be presumed that only men subscribe to the London Review of Books nowadays.

And then there is “Historiann,” who talked about a women named Francine Prose who wrote an article titled “Scent of a Woman’s Ink: Are Women Writers Really Inferior?” Ms. Prose sent out cover letters and writing samples under her name, and separately under the name of a male alter ego. “The results are even more depressing than you’d imagine.” Her hit ratio under her own name was two requests out of fifty queries: the make-believe male author was, apparently, “eight and a half times better than me at writing the same book.”

I really do have more to say on this subject. I know that when I wake up in the middle of the night thinking about my own experience with sexism in publishing, that I will not sleep the rest of the night. I am so disappointed that sexism in publishing still exists. The women’s liberation movement happened in the 1960’s and 1970’s, and it seems that in the forty years since little has changed. I think it is Sad. Discouraging. Disappointing. I expect better.