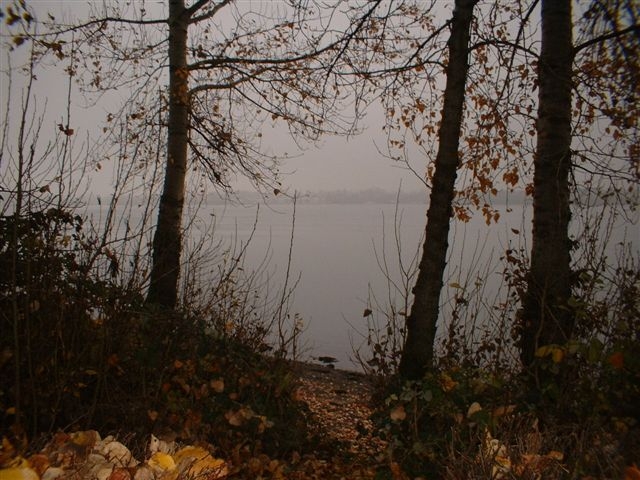 Transportation of goods and furs was an important issue for the fur traders of the HBC, and their transportation systems West of the Rocky Mountains differed from those in the East. Here are the three systems that I will be talking about, in a series of posts:

The London Ships, from Fort Vancouver, Columbia River, to London, England and return;

The Brigades, from Fort St. James to Fort Vancouver, Columbia River, and return; and,

The York Factory Express, from Fort Vancouver to York Factory, on Hudson Bay, and return.

Finally, I will probably have something to say about the pass through the Rocky Mountains that the fur traders called “Leather Pass.” Today it is the Tete Jaune, or Yellowhead Pass.

In this post, I will be talking about the London ships, which met the incoming brigades at Fort Vancouver every summer, and carried their furs to London to be sold at the fur auctions.

West of the Rocky Mountains the interior brigades brought out the furs to Fort Vancouver, where they were delivered to the fort’s warehouses to await the next London Ship. Any failure to ship out the furs, or to import the trade goods in a timely manner, would cause the Company a loss– something that Governor George Simpson took very seriously.

This is a land of winter. Furs were trapped by the Natives in the cold months and traded at the interior forts in the early spring. Summer was the slow season as far as trading for furs went, but the fur traders were busy enough. Every summer they formed up their brigades and paddled south to Fort Vancouver, carrying out their furs and grease. It was necessary that, when the brigades from Fort St. James arrived at the headquarters, that there was a good supply of trade goods available for them to take back. That meant that the gentlemen in charge of Fort Vancouver must assess what the fur traders in the interior forts might need well ahead of time — two years ahead of time, in fact.

I will try to show you how complicated the process of ordering necessary trade goods, medicines, and supplies might have been.

We will pretend it is 1838. That summer’s London ship will arrive at Fort Vancouver a few weeks before the brigades come downriver in late June 1838. This ship had departed Gravesend in late summer 1837, sailing southwest across the Atlantic Ocean and rounding the southern tip of South America in the southern hemisphere’s summer of 1837-38. It reached the Columbia River in the northern hemisphere’s early summer, 1838, probably arriving a few weeks before the brigades from Fort St. James reached the same place.

The ship spent a few months on the coast, servicing the North West coast posts including Fort Simpson on the Nass River, Fort Victoria on Vancouver’s Island (after 1843 at least), and Fort Nisqually on Puget Sound. It returned to Fort Vancouver to pick up the furs that had been delivered by the brigades, and it also picked up the orders of trade goods for a future London ship to deliver. Finally the 1838 ship sailed for London. Once again the ship rounded the southern tip of South America in its “summer” 1838-39, and arrived in London in time for the 1839 spring fur auction.

The London ship was also carrying the orders for trade goods from Fort Vancouver. The warehouse workers in London would busily prepare the orders for the next London ship departing in Fall 1839, and these orders — written at Fort Vancouver in summer 1838 — would arrive at the headquarters in early summer 1840. And so these fur traders had to think far ahead to ensure that there were goods in their warehouses to share with the fur traders of the interior posts.

There were complications to this method: sometimes the London ships were delayed by weeks of bad weather off the mouth of the Columbia River, where contrary winds turned the sandbars into a foaming mass of breakers that sprayed a hundred feet into the air. It was not uncommon that ships wrecked on the Columbia River’s treacherous bars, and their goods entirely lost. Others were delayed by light winds and could not sail the hundred miles up the Columbia River to reach Fort Vancouver in time to meet the brigades. Sometimes goods were delivered in damaged condition. In case of accident, the gentlemen at headquarters kept two years’ supplies of trade goods in their massive storehouses at all times.

In his “Historical Notes on the Commerce of the Columbia River, 1824 to 1840,” Alexander C. Anderson records a few of the nautical accidents that occurred to the Hudson’s Bay Company’s London Ships in the time he was on the coast — and perhaps even before he arrived. This document is the Beinecke Library of Yale University, and is written as a critique on a newspaper report that he read in 1880 or thereabouts [I have a copy of the newspaper article itself, and of Anderson’s response to it]. Anderson disagrees with the writer’s statement of the voyages of the ship William & Ann, which the author of the piece says arrived at Fort Vancouver in 1826 (Capt. Hanwell), and 1828 (Capt. Swan). He continues with further information about the arrivals and history of a few of the London Ships.

“Voyages of the William & Ann: Hanwell, 1825; Hanwell, 1827, Swan, 1829… Nearly was wrecked on the North Spit, in a direct line between Cape Disappointment and Clatsop Point, 10th March 1829. Such of the crew may have escaped by boats were afterwards murdered by the Indians at Clatsop.

“Isabella (Capt. Ryan), 1830… After being safely crossed the bar, and with fine weather, she struck on the N.E. points of Sandy Island, steering a false counter through mistake of bearings on the 2nd May 1830. Might have been got off with ordinary exertion; but the fate of the crew of the W[illiam] & Ann unmanned both Captain and followers, and they hastily abandoned the ship, and never landed from their boat till they reached Fort Vancouver. Meanwhile Mr. [Donald?] Manson, who was stationed at Fort George (Astoria) having intelligence of the mishap, but seeing nothing of the crew, ran down in a canoe and took possession of the vessel, sound and uninjured. When assistance reached from Fort Vancouver it was too late to save the vessel: but most of the cargo, if not all, was safely discharged on Sandy Island.

Here you see that this London ship arrived at Fort Vancouver every two years, allowing time for two cross-Atlantic voyages: “The voyages of the Eagle were, I think, 1827/29/31/33 — the three former under command of Captn Graves (a retired Lieut., R.N.) the last under Derby.

“The Ganymede, Captain Horne, a chartered ship, made her first voyage (at least I am not aware of her having made on previous to this) in 1830. Hayne [Horne?], who on the way home ran out of his course and went to Sydney NSW, was removed from the command by the Governor of that Colony for interference, and the command given to Kipling, who happened to be there, mate of another ship. He brought out the Dryad in /32, and commanded that vessel as an ensign on the Coast till /36, when she returned to England.” Anderson made a few long sea journeys to the Northwest coast on the Dryad; this vessel would have been quite familiar to him and he would have known Kipling fairly well. “The Ganymede was afterward bought, and made voyages, one under Royal, in 1833, another under Eales two years later.

The Llama was bought into the service in 1832, when Captn. McNeill entered the service, in which he afterwards rec’d promotion as a wintering partner. She had previously cruised along the Coast as a trading vessel under the U.S. flag.” For the most part, the Llama is written Lama, even in Captn. W.H. McNeill’s own records.

“The Beaver, Captn. David Home, came out under sail. Her machinery was set up after her arrival at Fort Vancouver. She never returned to the Columbia River, but was employed as a steamer cruiser on the Coast. She is now in private hands in Victoria, employed as a tow-boat.” Remember that this is written in 1880; Anderson is referring to the historic HBC steamer, Beaver. ” She is, however, I believe, the first steamer that navigated the Pacific waters, though not the first that rounded the Horn under steam. Capt. Home was drowned with his boats crew, crossing from the Red Bluff to Astoria, the boat upsetting in a squall.”

In the original article, “Pioneer Ships: History of Early Commerce on the Columbia River” [Call #WA Mss 5], and in Anderson’s written response to that article, there is further information on the ships that traded up and down the coast and those that came from London. If that subject is of interest to you, than you probably need to request this article. It will not be easy to obtain, but be patient — and remember to request both the original article and Anderson’s response to it.

One thought on “HBC Transportation Systems: the London Ships”