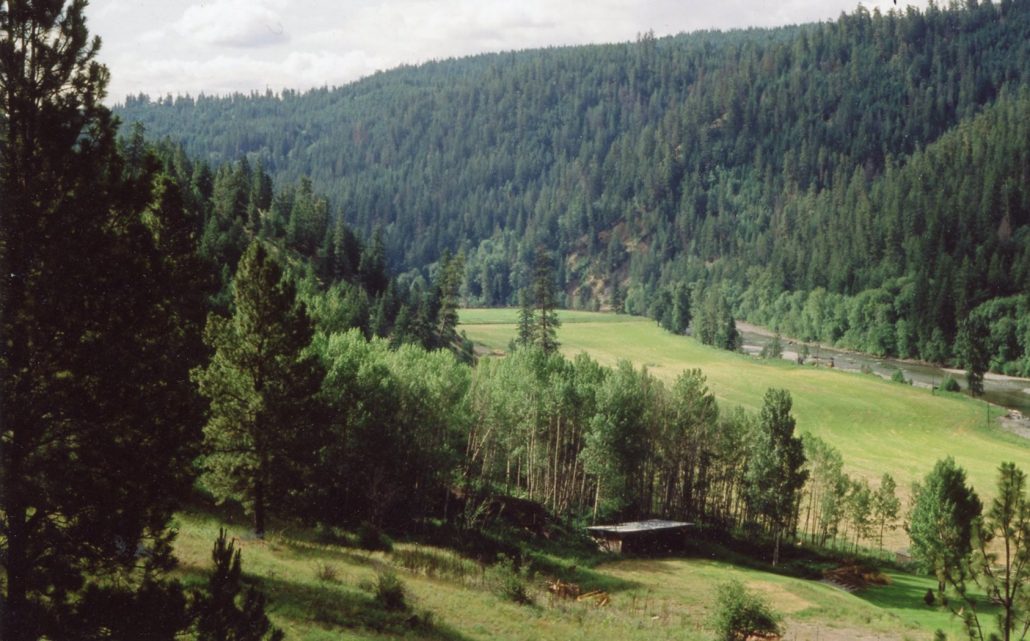 In 1849, the new brigade trail over the Tulameen Plateau had been used for the first time, both coming out to Fort Langley, and going in to New Caledonia again. Colvile met Donald Manson, the leader of the brigade, two days south of Fort Alexandria. “Owing to the unusual severity of the weather last winter, a very large proportion of the pack horses perished,” he wrote. True enough: 150 horses had died over the long, snowy winter. Colvile took the last 17 horses from Fort Alexandria. Here is what he wrote of the journey to Fort Hope:

Crossed from Alexandria to Thompson’s River on horseback, a journey of five days, through a country mostly prairie but with some hills, and thence, still on horseback, a further journey of six days to Fort Hope on Fraser’s River, from which place I descended the lower part of Fraser’s River a distance of 60 miles, to Fort Langley… The only difficulties to be found on this route are a range of wooded hills that lie between the Similkameen [Tulameen] River and Fort Hope. I crossed them with loaded pack horses in three days, although the road had only been opened that season. It was through some of the heaviest timbered land I ever saw. I measured one tree that was forty-two feet in circumference, and the avoidance of such trees as had fallen across the road necessarily consumed much time.

We have not identified the old crossing of the Tulameen River, but can recommend it be forded only at low water.

Of course, Mr. Harris is speaking of crossing the ford on foot. Horses might be able to take deeper water, but still, the ford, which Palmer says is “readily distinguishable” in 1859, is not so distinguishable one hundred and twenty years later. But, of course, Palmer is crossing in September, when the water is low: the HBC men would have used the ford in June, at the height of the freshets! Even in the high waters of June and July, 1859, the ford must have been shallow enough that the HBC men could safely cross without damaging their furs.

In a later letter, Colvile described his journey up the mountain in more detail:

I then crossed a hill of considerable height, descending on a branch of the River Similk-a-meen [Tulameen] & following the valley of this small stream [Collins Gulch Creek] for some miles. It runs between high hills along the side of which the road is carried, & I think this part of the road is susceptible of some improvement, by passing along the bank of the river, crossing & recrossing the stream when requisite instead of continually ascending & descending the hills.

Normally they would have made their first camp at Lodestone Lake, but on this occasion Colvile’s party appear to have encamped on Collins Gulch Creek, because on the next day:

At nine o’clock the following morning we breakfasted on the main stream of the Similkameen [Tulameen] River.

What? Have they returned down another river to the banks of the Tulameen again? Have they gone up Collins Gulch Creek and come down Manion [which for the longest time I thought was Manson’s Creek] to the Tulameen? No. Once you give up the idea that they returned to the main stream of the Tulameen River, you understand they have reached one of the main streams of that same river: probably Blakeburn Creek. Blakeburn Creek is part of the Arrastra Creek System, and Arrastra Creek flows down to the Tulameen east of Coalmont, B.C.

But before they reached Blakeburn Creek, they left the south end of Collins Gulch and rode through the “jackpine and grass gravel ridges and mounds,” shown on R. C. Harris’s map in above article. While traveling downhill toward Collin’s Gulch from Blakeburn Creek, Harris describes these gravel ridges:

The next kilometer of trail passes through a landscape of subdued gravel ridges and mounds, generally clothed in open, parklike jackpine forest, with grassy slopes facing south. Spruce, willow and alder jungles occupy the hollows. The trail leads through what is still recognizable as an aisle in the jackpines, fording upper Collins Gulch creek…, then descending a gravel spur to cross a small divide… Now the trail runs over a gravel ridge, turning east to a corduroy ford… Here the trail recrosses Collins Gulch creek, which is seasonal to this point, and continues east along an old melt-water channel with steep grassy slopes on the left side. The channel and trail cross the two tributaries of the east fork of Collins Gulch creek… [then] the trail crosses a low shoulder to rejoin the bank of the east fork, which is now entering the canyon or gulch stage. The trail follows the right or east bank, generally within sight or sound of the water, until it fords the Gulch one kilometer above its mouth at the Tulameen River…

A kilometer is a little more than half a mile: the distances are not great. The trail continues down the gulch, fighting a bit with a coal trail built years later. There is one small switchback near the top of the Gulch, the larger switchbacks are closer to the bottom of the Gulch:

Eden Colvile is traveling from the bottom of the Gulch to Lodestone Lake, and he will continue his journey to that lake later in the day. We will explore the beautiful [and mosquito-infested] Lodestone Lake in another post. It should be mentioned at this point that while Colvile is on horseback, the men accompanying him are on foot. Men walking cover about three French miles per hour: a French mile being a little longer than the mile we are used to. So, if we allow an hour for their breakfast, and they walked from 10 o’clock in the morning, to whenever they stopped in the evening, they would cover, at most, fifteen or twenty miles of ground after they left the banks of the Tulameen River. They did not. It was uphill work, and clearly they were slowed down, probably by the unfitness of the horses who were in bad condition.

As I said, above, in 1859 Lieutenant Palmer rode over the brigade trail from Fort Hope to Campement des Femmes. On the 20th September they camped at Lodestone Lake, where it snowed. By noon the next day they started their journey north down Lodestone Mountain to Collin’s Gulch and Campement des Femmes. They were, of course, cold and miserable, but Palmer still gave a reasonably good description of the country:

We travelled this afternoon in a general northeasterly direction over a tract of country, lightly timbered and grassy on the uplands, but heavily timbered in the valleys.

The trail alternately rose and fell over a succession of low and rather precipitous ranges of hills, among the recesses of which the noisy waters of numerous small rivulets wind their tortuous path, and uniting here and there in considerable streams force their way to various points on the Tulameen.

At 4.30 we reached the summit of the final steep descent of 600 feet to the river. Immediately below us lay the “Tulameen,” now swelled to the proportions of a river, whose course from the westward could be distinctly traced, takes a long stretch to the south-eastward [toward Coalmont and Princeton]; while running north, opposite the spot where we stood, extends a broad thickly timbered valley [Otter Creek valley] leading to the Nicholas [Nicola] Lake, and thence to Fort Kamloops.  [punctuation corrected in this paragraph]

Descending the hill we shortly reached the river, and leaving the Kamloops trail [via Otter Creek] to our left traversed the right [south] bank for a few hundred yards. Then, crossing at a ford, readily distinguishable, we pitched our tents at the “Campement des Femmes,” so named from a custom prevalent among Indians en route for Fort Hope of leaving their women and children here while they perform the journey across the mountains.

According to R. C. Harris’ map in the article mentioned above, it is about a mile on the map, up the hill to the conspicuous rock spur that verges on Collins Gulch Creek, beyond the four switchbacks.  Of course they are traveling up a steep hill, so it is more than a mile, as the crow flies, to the rock spur. On the map it is another four miles uphill travel from the rock spur to the upper waters of Blakeburn Creek. In his book, Coquihalla Country: A Guide to BC’s North Cascade Mountains & Nicola Valley, Murphy Shewchuk says that it is “six kilometers [3.7 miles] down to the Tulameen River” from the old coal works on Blakeburn Creek, “but in mid-October 1996, the trail was in desperate need of re-marking and removal of hundreds of windfalls.” On my Lands and Forests Map it is very roughly 5 kilometers [3 miles] from Tulameen to Blakeburn Creek. The distance up Collin’s Gulch, though steep, is not so great as I thought it was.  I can probably walk it, broken-down feet and all!

When I eventually write about Lodestone Lake, the blogpost will appear here: http://nancymargueriteanderson.com/lodestone-lake/