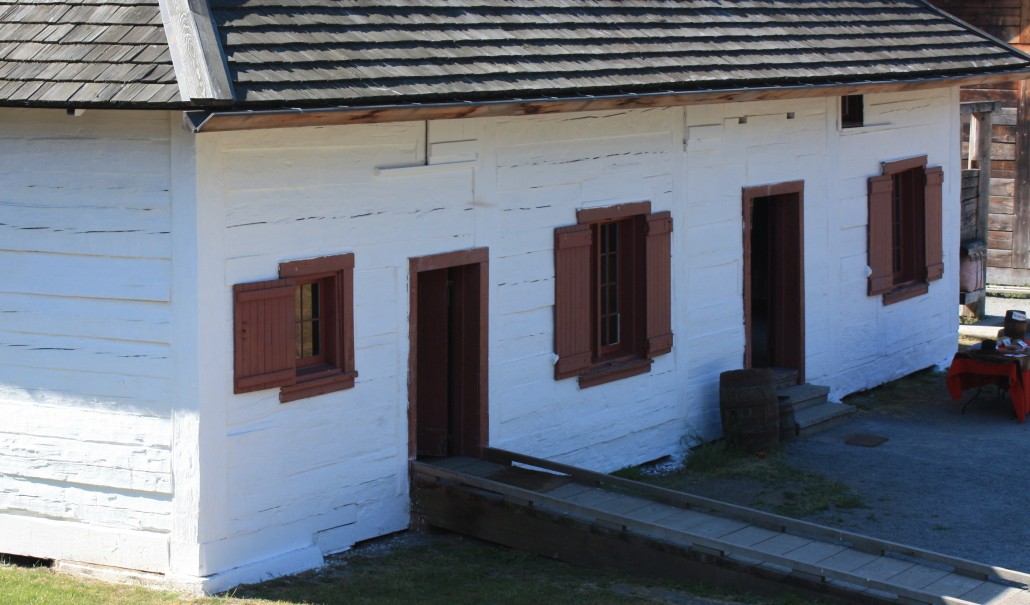 It was an honor to be named Chief Trader, for it was public recognition of the good work done for the Company, and it meant a marked increase in wages. Even more importantly, the new Chief Trader shared in the profits of the Company. Since 1821, the Company’s dividends had been divided into 100 shares, with 40 of these shares going to the men who worked in the field. These 40 shares were divided into 85 shares, which were then distributed among the Chief Factors and Chief Traders. Each Chief Factor was entitled to two shares (or 2/85th of 40% of the dividends of the Company) and each Chief Trader to one.

Immediately upon receiving the letter that advised him he was now a Chief Trader, Alexander Anderson wrote of the joyful new to his brother James, now in charge of the Lake Nipigon post. In his response, James expressed his pleasure that at least one of the two brothers had received their long awaited Chief Tradership. “Since one of us was to suffer disappointment and disgrace,” James wrote, “I rejoice that the blow has fallen on me, not on you.” Though James had never had a complaint lodged against him, he had been superseded in his department by three junior officers, men who in his opinion could never have properly run a fur trade post. James was so angry at the slight that he considered leaving the Company’s service, and so humiliated he could hardly show his face in the fort.

However, James pulled himself together and warmly congratulated his younger brother, advising him that his first dividends should be excellent as the returns in the East had been especially high. His prophecy did not prove accurate, and in a year or two the fur traders in the east suggested that a fixed amount of 400 pounds a year be permanently established for Chief Traders’ dividends. But, James wrote again, “Who will bell the cat?” Governor George Simpson had a free hand to do whatever he wanted to do, and no one had the power to prevent him from keeping dividends low. In the years after 1840, a Chief Trader’s annual dividends averaged little more than 300 pounds sterling.

James had also heard through the grapevine that Alexander had obtained his Chief Trader’s commission through the influence of Peter Skene Ogden, who was now firmly entrenched as one of Governor Simpson’s favorites. James also expressed his concern that their cousin, James Anderson (B), knew no Chief Factors personally and, as a result, could hardly expect to make Chief Trader. In this fur trade it had become apparent that those who received their Chief Trader’s commission were those who had powerful friends among the Chief Factors, some of whom, James remarked, used their influence “in favor of relatives, at the expense of their Honor & Conscience.” Governor Simpson even admitted as much, when he wrote that the men who had been promoted “were placed in situations where their services came more immediately under the notice of those on whose recommendations the promotions that place.”

Information for this post comes from: Harold A. Innes, The Fur Trade in Canada (U of T Press, 1964), and Letters, James Anderson A to Alexander Caulfield Anderson, A/B/40/An32, BCA

This is a question that one of my readers asked me, when I gave my manuscript to her to read: It was interesting to research this question, and yes, I agree it was an important question to answer. This research comes, of course from my first book, The Pathfinder: A.C. Anderson’s Journeys in the West, and it is unlikely that I will need to access this information again. But if I do, I know where to find it!

This book, however, seems to be out of print. However, I have a few copies left, and if you want one, you can talk to me via the Contact sheet. It will cost you $20 Canadian, plus shipping. This is an excellent book for people who are interested in British Columbia and Washington history between the years of 1832 (when Anderson arrived at Fort Vancouver, WA) and 1884, when Anderson died. A lot happened in these years, and he was spent many years in the territory and knew it well — and unlike others, he wrote about what he knew.

And that is the most important thing about Alexander Caulfield Anderson. He wrote down the history he lived through. Others did not! That’s why his writing is so important!